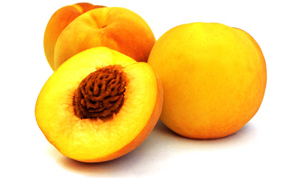 Blueberry supplies have started to go up now that British Columbia is in production. “We are seeing much more volume out of the Northwest,” says Jerry Connery with California Giant Berry Farms. Oregon, Washington and British Columbia all are harvesting right now whereas Florida, Georgia, North Carolina and California have finished up. In the Midwest, Michigan is in production as well.

20% volume decrease in BC

British Columbia is just now getting started. Because of the cold winter, harvest in the Canadian province started about two weeks later than last year. “All regions were behind this year, but it’s actually more of a normal year,” said Connery. “This is more like it should be.” Blueberries love cold winters, so they thrived this past winter. As a result, BC quality is very good. Volumes on the other hand are expected to be 20 percent down compared to last year. “It is hard to predict as the province is just getting started, but even with a significant volume decrease like that, we won’t see much of a change,” shared Connery. BC just grows so many blueberries.

Demand for blueberries is good, but the superfood has a lot of other fruit varieties to compete with this time of the year. Because blueberries are available year-round, consumers don’t always jump on them in summer. They want to get stone fruit varieties such as cherries, peaches and nectarines while they can. Prices are at promotable levels with 8/18s running at $23-$26 for a box, pints $19-$22 and 6 oz. clamshells are about $14-$16 per box. California Giant offers its blueberries in 6 oz., 12 oz., 18 oz., 24 oz. and 2 lb. clamshells. Traditionally, club stores sell the larger packs. However, Connery is starting to see smaller retailers carrying larger packs to be competitive with club stores.