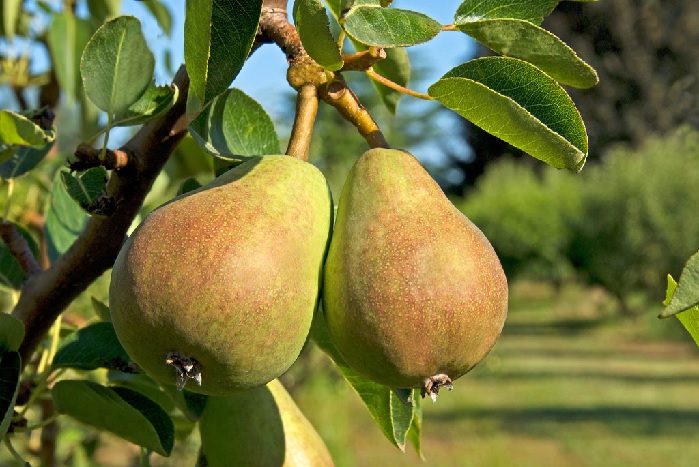 PORTLAND, Ore. (June 12, 2018) – As part of the annual Pear Bureau Northwest (PBNW) meeting held in Portland, OR on May 31, industry members compiled the first official estimate of the 2018-19 fresh pear crop for Washington and Oregon. Pear growers and producers from Washington’s Wenatchee and Yakima districts and Oregon’s Mid-Columbia and Medford districts estimated this year’s fresh pear harvest at 18.9 million standard box equivalents, or approximately 415,000 tons of fresh pears. The estimate will mark an 18% increase from the 2017 harvest – an unusually small crop – and will be equal to the five-year average.

“The growers and shippers of USA Pears are pleased to see a solid crop of excellent quality pears on the trees,” stated Kevin Moffitt, President and CEO of PBNW. “The pear category offers retailers an unmatched opportunity for growth in the produce department. We are providing retailers with category and consumer insights and offering effective promotions to help them capitalize on the opportunities.”

Pick dates for the coming harvest are projected to be roughly a week earlier than last season, staying close to the historical average. Starkrimson are expected to be picked in early August, with the Bartlett harvest expected in mid-August. Anjou is expected to happen in late August in all districts while Bosc and Comice varieties will be harvested beginning in September and span through early October. Finally, Concorde, Forelle and Seckel will be picked in September and October across the four growing districts.

The organic pear estimate is expected to come in at 1.64 million standard boxes (36,000 metric tons), which is 8.7% of the total Northwest crop. Newly transitioned orchards and a strong pear crop overall have contributed to the growth in organic pears. Out of the entire organic crop, growers project 583,500 standard boxes of Green Anjou, with the Bartlett and Bosc crops sizes projected at 564,700 and 321,050 standard boxes, respectively.

“A ripe pear is exceptional and the industry is committed to providing consumers with a fantastic eating experience,” stated Moffitt. “We will be grabbing the attention of consumers through a strong social media program and messaging through media and influencers while working to keep pears in front of today’s consumer. We will be connecting with them through online shopping sites, promoting meal kits with pears, targeted advertising and more.”

The PBNW meeting concluded with a strong industry commitment to continue to deliver exceptional and consistent eating quality for consumers, from the first Bartlett and Starkrimson to the last Green Anjou. “The industry is comprised of nearly 900 grower families, with 50 packing houses and over 25 sales organizations devoted to producing, packing and marketing the finest pears in the world with a taste profile that rivals any other product in the produce department,” reinforced Moffitt.