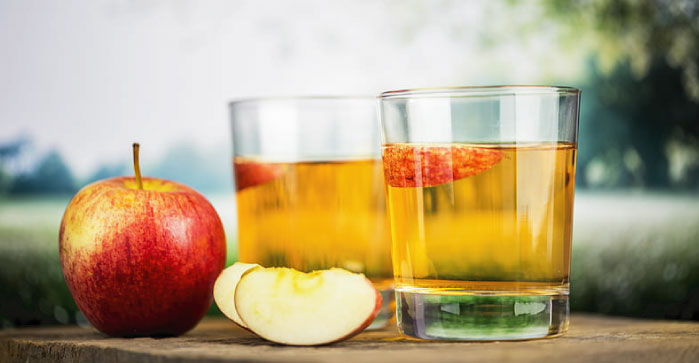 Apple juice lovers won’t be left with a bad taste, thanks to a new study that identifies three new bacteria species, one of which fouls up the flavour.

The three new species – Alicyclobacillus mali, A. fructus, and A. suci – all belong to the genus Alicyclobacillus, but A. suci was found to produce a compound called guaiacol, which is known in other Alicyclobacillus species to create a medicinal, smoky or rubber-like flavor in shelf-stable apple juice. While Alicyclobacillus bacteria can affect juice quality and lead to spoilage, they are not a food safety concern.

“Better understanding the structure of the Alicyclobacillus genus and the spoilage potential of individual species drives improvement in quality management decisions that reduce waste and improve customer satisfaction,” said Abigail Snyder, assistant professor of microbial food safety in the College of Agriculture and Life Sciences and senior author of a paper published last september in the International Journal of Systematic and Evolutionary Microbiology. Katerina Roth, a graduate student in Snyder’s lab, is the paper’s first author.

The findings will allow manufacturers to identify whether their juices contain A. suci, which leads to spoilage. It will also help them fine-tune their Alicyclobacillus control strategies and will support the development of tools and diagnostic technologies for the industry, Snyder said.

Apple juice is acidic and is often heated during pasteurization, conditions that inhibit most bacteria. Unfortunately, Alicyclobacillus bacteria are extremophiles whose spores are capable of surviving extreme heat and high acidity. The bacteria originate from orchards and soils and can contaminate apples used for making juice. After juice has been processed and bottled for such products as apple juice, concentrates, teas, sports beverages and coconut water, spores can germinate, grow and produce guaiacol, causing spoilage. Also, the effects are not visible; the drinks appear fine.

Once spoiled, producers may be forced to throw products away, and if sold, unhappy consumers can lower a brand’s reputation, Snyder said. A 2017 survey of juice manufacturers by Snyder and Randy Worobo, professor of food science and a co-author on the current paper, revealed that more than 97% of participants indicated that spoilage mattered ‘a lot’ or ‘a great deal’ in brand protection and close to 90% indicated that better control over microbial spoilage would have moderately to greatly increased profits and reduced waste.

The researchers used genomic, biochemical and phenotypic analyses to identify the three new Alicyclobacillus species. The study benefitted from decades of extension work analyzing samples from the beverage industry in New York, the country’s second largest apple producing state, and beyond.