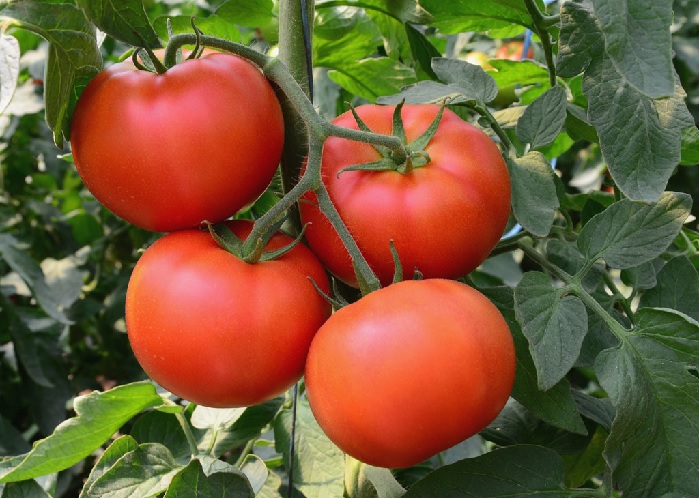 But they admit there is a long way to go before the tomatoes are ready for human consumption.

Meantime, the team is checking if extracts can be made into anti-aging creams and sun-care lotions.

The university’s School of Biological Sciences collaborated with the Institut de Biologie Moleculaire des Plantes in France in the research that led to a way to increase significantly the amount of antioxidants.

The result is a tomato with six times the amount of vitamin E found in a conventional tomato.

Provitamin A, a pigment that provides the orange, yellow and red hues in carrots, pumpkins and paprika, went up 169 percent. And lycopene, which gives tomatoes a bright red color, rose 111 percent.

Another two substances good for health were also up. Squalene, which is used in skin moisturizers for its protective qualities, tripled. Phytosterols, which help lower blood cholesterol, doubled.

Early on, the team experimented with Indian mustard and found enzyme activity surged by changing the sequence of amino acids in a DNA.

Members then introduced the DNA into tomatoes. To look at, the new tomatoes do not appear different or bigger than others, but the antioxidants surged. And once extracted red and yellow pigments appear darker in color and exhibit a higher antioxidant activity.

“The accumulation of the healthy components in food crops will provide added value to fruits and vegetables in the human diet as well as enrich feed for livestock and aquaculture,” said Chye Mee-len, the professor who led the research.

Extracts with enriched phytosterols, vitamin E and organic pigments with anti-inflammatory and antioxidant properties can be used in the production of anti-aging cream and sun-care lotion, according to the team.

There is a long way to go before people could eat the modified tomatoes. For starters, they must go through animal tests. Also, countries have different views on DNA-modified food.

In Hong Kong, the researchers are required to grow the tomatoes in a greenhouse. And to farm them on a larger scale could involve a move to the mainland – if authorities approve.