That’s a drop of less than 1% from last year, according to the annual report from the USDA’s National Agricultural Statistics Service. 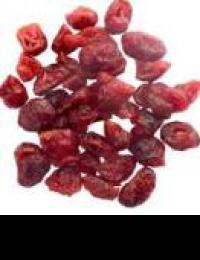 More than 7.6 million 100-pound barrels of cranberries will be produced by U.S. growers in 2012, the third biggest crop on record, according to a U.S. Department of Agriculture report.

That’s a drop of less than 1% from last year, according to the annual report from the USDA’s National Agricultural Statistics Service.

Production gains are expected in Wisconsin, Washington, Oregon and New Jersey. But a weather-related decline in Massachusetts — from 2.3 million to 2.1 million barrels — brought the total down marginally.

In Massachusetts an early spring pushed growth ahead of normal, exposing some growers to frost damage, according to the USDA report released Aug. 14. In summer, heat stress became an issue.

“Some growers had as many as 30 frost protection nights this year,” said Parker Mauck, director of grower relations at Decas Cranberry Products. “It was unprecedented. Typically they might have six to 10.”

So the sprinklers came on overnight. In summer, irrigation protection was necessary.
“Massachusetts will be an OK crop but not a barnbuster,” Mauck said.

Harvesting there starts in the third or fourth week of September.

Bob Wilson, managing member of Wisconsin Rapids, Wis.-based The Cranberry Network LLC, expects shipments of fresh cranberries to start around Sept. 17. Only 4% of cranberries go to the fresh market, he said.

Wilson predicts a balance between demand and availability may encourage nontraditional suppliers of the fresh fruit to stay on the sidelines.

“Grower returns on cranberries have been somewhat suppressed in the last couple years, but they’re recovering of late,” he said. “With the advent of somewhat reasonable returns, hopefully fewer peripheral players will be in the fresh market this year trying to save their bacon.

“It tends to confuse buyers and not make a great statement for the industry as a whole when less than stellar material ends up on the shelf,” Wilson said.

The Wareham, Mass.-based Cranberry Marketing Committee plans to have its summer meeting Aug. 27-28 in Milwaukee. Further crop predictions are expected there, Mauck said.

“Between late August and harvest, the crop has changed dramatically in the past,” Wilson said. “Fruit is definitely maturing early this year. We have to wait for cold temperatures to have the fruit color up nicely.”

Water supply for fall frost protection is also a concern in light of summer drought.