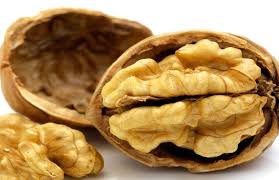 A bountiful 2014 walnut crop in China prompted that country to pull out of the California export market, which lowered commodity prices and could hurt the growers’ bottom line.

China has been the largest importer of California walnuts for the past several years, and with no comparable market available to fill its void, the walnut market could be in for a slowdown after three prosperous years.

Increasing global demand for California walnuts was the prime driver of a meteoric rise in price from 65 cents per pound in 2008 to $2.42 per pound this fall.

But the Chinese crop came in 35 percent above normal this year. The country basically satisfied much of its own demand and shied away from California prices they viewed as too high, said Mat Conant, a walnut grower in Sutter County.

As a result, the price of walnuts fell 30 cents in only two months and is currently about $2.10 per pounds for Chandler walnuts, the predominate var ety grown in Yuba-Sutter, said Chris Silva, president of the California Valley Nut Company.

The price could continue to fall to below the $2 mark to around $1.90 per pound, Conant said.

“I’m pretty concerned about this, as a grower,” Conant said. “It could negatively affect the shipping of walnuts to (China) in a pretty dramatic way.”

Walnut shipments to Hong Kong in November were down 60 percent, or about 16 million pounds, compared to November 2013, according to data from the California Walnut Commission.

Walnut shipments to China from September to the end of November this year were down almost 30 million pounds compared to the same length of time in 2013, according to the California Walnut Commission.

Silva said his walnut sales have been sporadic. Silva still has about 40 percent of his stock left, whereas at this time last year, it was almost completely sold.

“It’s pretty scary to think the Chinese market has that much influence on us, in terms of sales,” Silva said. “This year was an eye opener. I think the price will go down to where we won’t see these high prices of over $2 much longer.”

There are bright spots in the market. The Indian market has started to open up, although increases in sales to the country are not enough to compensate for what was lost when China pulled out of the market, Conant said.

Walnut shipments to India increased by almost 800,000 pounds this November compared to the previous year, a boost of about 850 percent.

And, for some growers, the decline in prices was expected — the product of a walnut boom that saw farmers planting walnut orchards at a frenzied pace to capitalize on unprecedented commodity prices.

In 2013, there were 13,000 acres of walnut orchards in Yuba-Sutter that were still waiting to come into production.

“It was due for a correction because the price has gone up in such a short period of time,” said Bruce Bishop, co-owner of Oso Nut Company.

Bishop also said that a stronger U.S. dollar has made it more difficult for some countries to afford walnuts.

The walnut market could be headed for some uncertain years, and growers will have to wait and see if China’s withdrawal from the export market is a long-term trend or a short-term impact, Conant said.

“Walnuts in general will be a concern the next few years,” Silva said. “People are taking out peaches and prunes and putting in walnuts. They did the same thing with prunes years ago. Everyone planted prunes, and the market went into the tank.”

“For the long term, it will be something to think about, price-wise,” Silva said.