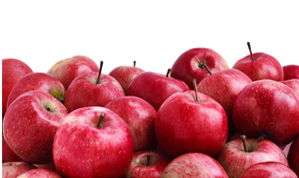 As China’s only agricultural high-tech industries demonstration zone, Yangling in Shaanxi province has been shouldering the need for an “experimental field” for modern Chinese agriculture since its inception in 1997.

Local scientists from Yangling have set up 293 pilot agricultural technology demonstration projects covering 18 provinces and autonomous regions in the past 20 years.

“The orchard is planted with a new breed developed at the research and experiment station. It is as red as a lantern. This kind of apple is delicious and of high yield,” Gao Xiehu, who is a farmer from Baishui county of Shaanxi province, said.

In 2004, local scientists and farmers began working on a hybrid of Chinese qin guan and Japanese fuji apples. After 10 years, they succeeded in developing a new breed of apple named rui yang. In January 2015, it was officially approved by Shaanxi provincial commission on fruit varieties.