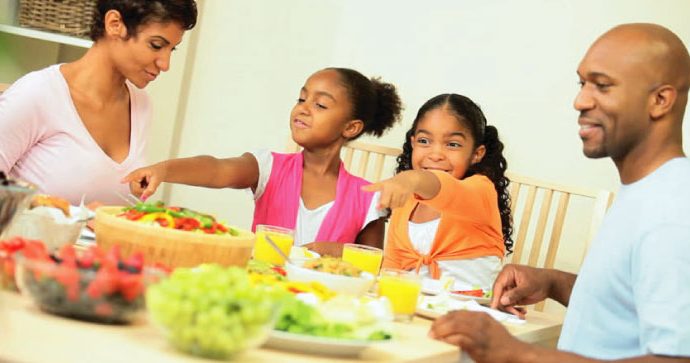 Don’t want a heart attack? Eating more fruits and veggies would be a good place to start, a new study suggests. Not doing that enough could (quite literally) kill you.

The results are particularly disparaging since for many people, not eating enough fruit and veg is a choice. While billions of people may not have access to fruits and veggies, billions of other people do — and some of them choose otherwise.

“Fruits and vegetables are a modifiable component of diet that can impact preventable deaths globally,” said lead study author Victoria Miller, a postdoctoral researcher at the Friedman School of Nutrition Science and Policy at Tufts University. “Our findings indicate the need for population-based efforts to increase fruit and vegetable consumption throughout the world.”

The team estimated the average national intake of fruit and vegetables for 113 countries (about 82% of the world’s population). They then factored in data on causes of death in each country and data on the cardiovascular risk associated with inadequate fruit and vegetable consumption. Cardiovascular disease is the number one cause of death in the United States and worldwide.

They report that around 1.8 million cardiovascular deaths were due to low fruit intake (1.3 million from stroke and over 520,000 from coronary heart disease) and around 1 million deaths due to low vegetable intake (200,000 from stroke and more than 800,000 from coronary heart disease) during 2010. The impact was most acute in countries with low average intake of both fruits and vegetables, they add.

Overall, the toll of insufficient fruit intake was almost double that of vegetables, so you might want to double down on those apples.

Fruits and veggies are good sources of fiber, potassium, magnesium, antioxidants, and phenolics, which have been shown to reduce blood pressure and cholesterol, the authors explain. Fresh fruits and vegetables also improve the diversity and overall health of your gut flora. People who eat more of these foods also are less likely to be overweight or obese, lowering their risk of cardiovascular disease.

“Global nutrition priorities have traditionally focused on providing sufficient calories, vitamin supplementation and reducing additives like salt and sugar,” said senior study author Dariush Mozaffarian, dean of the Friedman School of Nutrition Science and Policy at Tufts University. “These findings indicate a need to expand the focus to increasing availability and consumption of protective foods like fruits, vegetables and legumes — a positive message with tremendous potential for improving global health.”

Based on dietary guidelines and studies of cardiovascular risk factors, the researchers say optimal fruit intake is around 300 grams per day (roughly two small apples) and optimal intake of vegetables is around 400 grams per day including legumes (about three cups of raw carrots).

The findings were presented at Nutrition 2019, the American Society for Nutrition annual meeting, held June 8-11, 2019 in Baltimore.