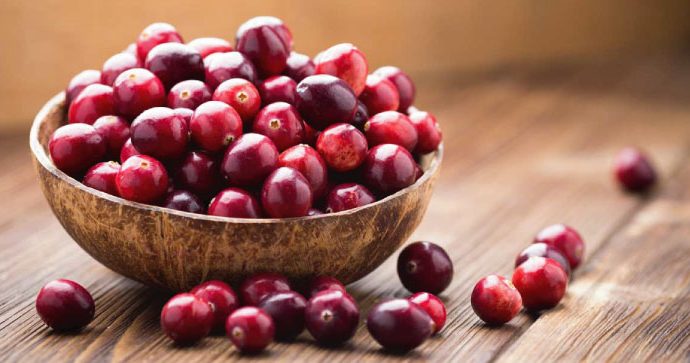 Daily cranberry supplementation (equivalent to 1 small cup of cranberries) over a 12-week period improves episodic memory performance and neural functioning, according to a study published in the journal Frontiers in Nutrition.

The WHO estimates that by 2050, 22% of the world’s population will be aged over 60 years. This is a product of increasing life expectancy, which should be viewed as an exceptional achievement; yet the improvement remains somewhat overshadowed by the absence of preserved quality-of-life.

It is therefore imperative that proven effective solutions are developed to curb and manage current projections.

Cranberries (Vaccinium macrocarpon) are particularly rich in (poly)phenols such as anthocyanins, proanthocyanidins, flavonols and hydroxycinnamic acids, and are recognised for their antioxidant and anti-inflammatory effects along with their capacity to modulate cardiometabolic endpoints.

“Cranberries are rich in micronutrients and have been recognized for their antioxidant and anti-inflammatory properties,” said Dr. David Vauzour, a researcher with the Norwich Medical School at the University of East Anglia.

“We wanted to find out more about how cranberries could help reduce age-related neurodegeneration.”

In the study, Dr. Vauzour and his colleagues investigated the impact of eating cranberries for 12 weeks on brain function and cholesterol among 60 cognitively healthy participants aged between 50 and 80 years.

Half of the participants consumed freeze-dried cranberry powder, equivalent to a cup or 100g of fresh cranberries, daily. The other half consumed a placebo.

“We found that the participants who consumed the cranberry powder showed significantly improved episodic memory performance in combination with improved circulation of essential nutrients such as oxygen and glucose to important parts of the brain that support cognition — specifically memory consolidation and retrieval,” Dr. Vauzour said.

“The cranberry group also exhibited a significant decrease in LDL or ‘bad’ cholesterol levels, known to contribute to atherosclerosis — the thickening or hardening of the arteries caused by a build-up of plaque in the inner lining of an artery.”

“This supports the idea that cranberries can improve vascular health and may in part contribute to the improvement in brain perfusion and cognition.”

“Demonstrating in humans that cranberry supplementation can improve cognitive performance and identifying some of the mechanisms responsible is an important step for this research field.”

“The findings of this study are very encouraging, especially considering that a relatively short 12-week cranberry intervention was able to produce significant improvements in memory and neural function.”

“This establishes an important foundation for future research in the area of cranberries and neurological health.”