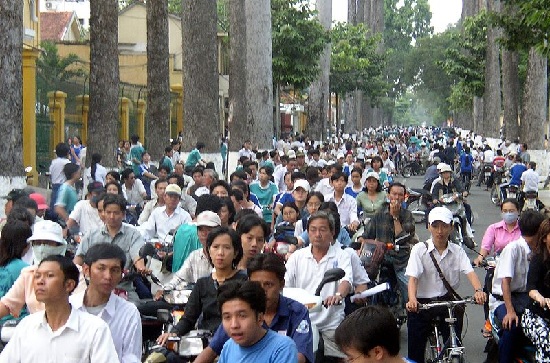 The announcement was made during a ceremony to promote global nutrition in Vietnam and to implement prime ministerial directives about nutrition on January 31. According to Tien, the average height of Vietnamese people only increased by three centimetres since 1993.

“The average male height is 164cm and 153cm for women. These figures are much shorter than many Asian countries,” she said.

She went on to say that nutrition and lack of regular exercises were half of the problem and Vietnam needs strong measures to deal with the problems. This included solutions to improve nutrition for infants and encourage teenagers to exercise more.

The National Strategy on Nutrition for 2011-2020 period with a view to 2030 still has many challenges and goals that have failed to meet.

5.3% of children in Vietnam are obese. The obesity rate in Ho Chi Minh City increased from 3.7% to 11.5% in the past decade. Obesity, metabolic disorders and other health problems are increasing among both children and adults.

“Vietnam has about 12 million high blood pressure patients and three million diabetes patients, two million have chronic respiratory diseases and over 125,000 people have been diagnosed with cancer,” Tien said.

At the ceremony, Minister of Health Nguyen Thi Kim Tien, Deputy Prime Minister Vu Duc Dam and leaders of many other agencies signed a commitment to improve nutrition in Vietnam.