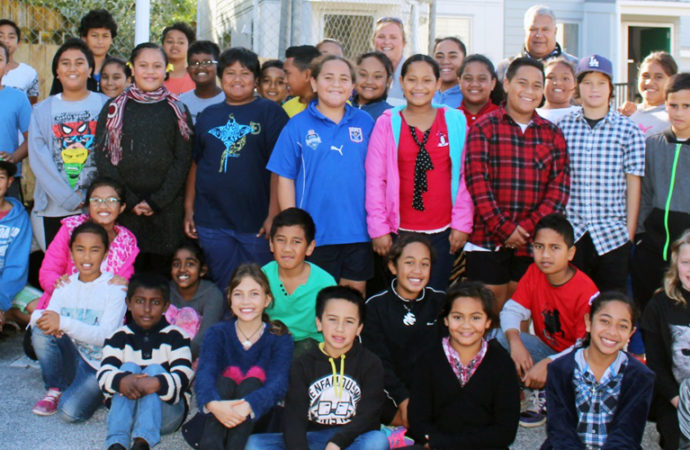 Kiwi scientists will tap into the DNA data of thousands of young people in a major transtasman study investigating how what we eat and our genetic make-up shapes our health.

The GENO Project, which has just received a $1.5 million Government grant, gives researchers at the University of Auckland-based Liggins Institute unprecedented access to one of the richest child health datasets in the world.

What they discover could inform individualised health interventions in the future based not just on nutrition, but also genetic predispositions, that aim to curb obesity and other conditions.

“GENO will generate discoveries that could lead to treatments and prevention of some of the most serious diet-related health issues facing the two countries today,” said Professor Kathryn North, director of Melbourne-based Murdoch Children’s Research Institute (MCRI), which will join forces with Liggins researchers on the project.

A third of Kiwi children, and one in four Australian children, are now considered either obese or overweight, with rates rising.

The collaboration will draw upon a longitudinal study that has followed 10,000 Australian children since 2004, including about 150,000 blood and other samples that MCRI collected in its landmark Child Health CheckPoint project.

This created a detailed snapshot of the physical health of nearly 2000 parent-child pairs when the children were 11 to 12 years old.

“Our two populations are broadly similar in terms of health profile, and we are both struggling with the toll taken by obesity and other non-communicable diseases.

“Both institutes see this project as the beginning of an enduring partnership.”

Liggins will bring to the study its leading work in systems biology, which uses computer models to illuminate the interplay of genes, diet, and lifestyle, and methods to reveal the “genetic architecture” of health and disease.

Liggins researcher Dr Justin O’Sullivan said this work was helping to shape our understanding of the human genome as a complex and co-ordinated entity that governs our genes.

In 2014, O’Sullivan was part of a team that revealed a microscopic, effortlessly efficient organisational structure inside DNA that was involved in turning genes on and off – something that could distinguish each of the 200 different cell types in our bodies and offer new insights into disease.

“We think we can now use our understanding of the way DNA folds to identify the tissues that are affected by genetic variation, and then apply that to predict risk of developing certain non-communicable diseases later on in life.”

The beauty of the Australian study was that it already had in place an established and richly-measured cohort of participants.

Now it was just a matter of sequencing their DNA to tease out the interplay between genetics and environmental factors like diet.

“We have different expertise between here and Australia that will allow us to do this, and so far we’ve only really scraped the surface.

“Our hope is that this ultimately leads to new and novel ways that we can inform clinical interventions.”

The need for new approaches is crucial: the way we live and our access to processed food had changed much in just a few generations, and the obesity epidemic is now putting pressure on our lifestyles and health systems.

The cost and burdens of obesity are now overtaking those of tobacco and smoking, because of the effort needed to combat the problem, and the increases in risks ranging from type 2 diabetes, cardiovascular disease and gout to dementia, mental illnesses and some associated cancers.

The collaboration, supported by the Ministry for Business, Employment and Innovation’s Catalyst Fund, also includes an investigation into the critical role of micronutrients, such as vitamins, essential fatty and amino acids, and minerals, in metabolic health.

Wake, who is also Cure Kids chair of child health research at Liggins and the University of Auckland’s Department of Paediatrics, said cross-national regional collaborations such as this were the way of the future, mirroring developments in Europe, the UK and the US.

“We talk about ‘harmonising’ research – aligning the way we collect and analyse data so we can seamlessly collaborate and make our research much more effective.”

Childhood obesity: by the numbers