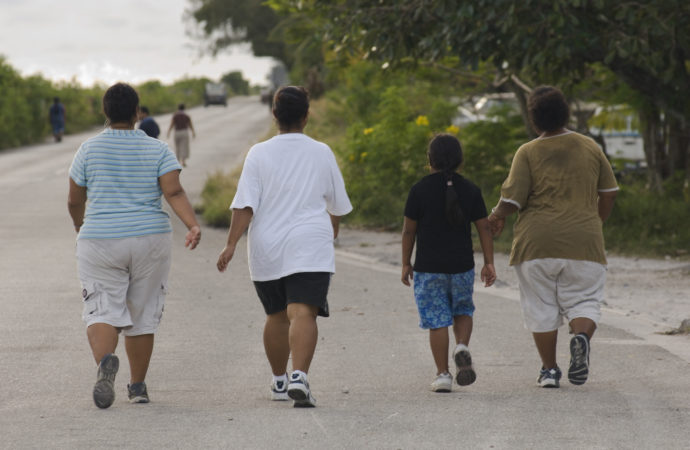 France is defying an upward trend in global childhood obesity with rates throughout the country stable or declining, although higher levels still persist in children from lower income families.

Obesity levels in France among children aged 9 to 10 years has remained steady, even falling in some cases, according to a recently published study by the Statistics Bureau of the French Ministry of Health.

According to the study, 18.1 percent of French children were considered overweight, and 3.6 percent obese. These rates are significantly less than the European average, and show a consistent drop since 2008.

However, it’s a less than promising picture for kids from lower socio-economic backgrounds. The ministerial report found that 10-year-olds from working class and lower income backgrounds were twice as likely to be overweight and four times more likely to be obese than 10-year-olds from higher income families. This translated into 1.4 percent of children of professional parents registering as obese compared with 5.5 percent of children of non-professional parents.

One explanation has suggested that children of higher income families have access to a healthier diet, including a proper breakfast, more vegetables and fewer soft drinks. They are also more likely to engage in sports – factors conducive to maintaining a healthy weight and lifestyle.

The study surveyed 8000 French school children in 2014-2015 and clearly bucks the current trend in Europe and other parts of the world where experts say obesity has reached epidemic proportions.

In a recent report by a leading group of European pediatric specialists 1 in every 3 children aged 6 to 9 years was found to be overweight or obese. Tipping the scales were Italy and Spain with the highest rates in Europe.

A modern-day diet based on processed and fast food is increasingly being blamed for the upward trend.

In the US, where obesity is considered a national crisis, rates among children have stabilised for the first time in decades. Although the latest statistics from the US Centers for Disease Control and Prevention show that obesity is still high, affecting 1 in 6 children and adolescents across the country.

Like many health advocates, former US First Lady Michelle Obama recognised the dire costs of unchecked obesity in children, prompting the launch of her “Let’s Move!” campaign that she then took to schools throughout the country. She also planted a vegetable garden on the grounds of the White House to drive home the role of a healthy diet in combating the disease.

While childhood obesity rates have stabilised in the US, they have risen sharply in developing countries, where fast food chains are proliferating and a higher consumption of processed foods is nudging out traditional diets and expanding waistlines.

In India, higher rates of childhood obesity have led experts there to recommend a ban on selling junk food near schools.

By 2025 the World Obesity Federation estimates that 15.8 per cent of the world’s children will be obese. In China alone, up to 50 million children are expected to become obese – the highest number of obese kids in the world – followed by India with 17.3 million. Both countries are expected to surpass the US.

While the French can take heart from their government’s recent survey, they too face some very modern challenges in the fight against child obesity, with technology singled out as a key contributor in children who spent more time interacting with tablets, smartphones, video games and watching TV.