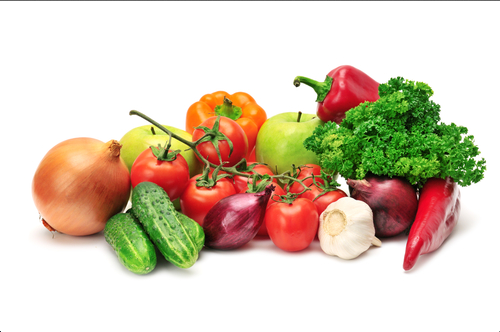 Fruits and vegetables are a pivotal part of a healthful diet, but their benefits are not limited to physical health. New research finds that increasing fruit and vegetable consumption may improve psychological well-being in as little as 2 weeks.

Study leader Dr. Tamlin Conner, of the Department of Psychology at the University of Otago in New Zealand, and colleagues found that young adults who were given extra fruits and vegetables each day for 14 days ate more of the produce and experienced a boost in motivation and vitality. The researchers recently reported their findings in the journal PLOS One.

According to the United States Department of Agriculture, adults should aim to consume around two cups of fruits and around two to three cups of vegetables daily.

One cup of fruits is the equivalent to half a grapefruit or a large orange, and one cup of vegetables is proportionate to one large red pepper or a large, baked sweet potato.

As part of a healthful diet, fruits and vegetables can help reduce the risk of obesity, type 2 diabetes, heart disease, stroke, and some types of cancer.

In recent years, studies have suggested that fruit and vegetable intake may also improve mental health. For their study, Dr. Conner and team set out to investigate this association further.

Increased motivation, vitality with higher intake of fruits and vegetables
The researchers enrolled 171 students aged between 18 and 25 to their study, and they were divided into three groups for 2 weeks.

One group continued with their normal eating pattern, one group was personally handed two additional servings of fresh fruits and vegetables (including carrots, kiwi fruit, apples, and oranges) each day, while the remaining group was given prepaid produce vouchers and received text reminders to consume more fruits and vegetables.

At the beginning and end of the study, participants were subjected to psychological assessments that evaluated mood, vitality, motivation, symptoms of depression and anxiety, and other determinants of mental health and well-being.

The researchers found that participants who personally received extra fruits and vegetables consumed the most of these products over the 2 weeks, at 3.7 servings daily, and it was this group that experienced improvements in psychological well-being. In particular, these participants demonstrated improvements in vitality, motivation, and flourishing.

The other two groups showed no improvements in psychological well-being over the 2-week period.

Furthermore, no improvements were seen in symptoms of depression and anxiety in any of the groups. «The majority of research linking depression to dietary patterns has been longitudinal, meaning that possible differences in ill-being may be established over a much longer period of time rather than our brief 2-week period,» note the authors.

Still, the researchers say that their findings indicate that increasing the intake of fruits and vegetables through personal delivery may lead to rapid benefits for psychological well-being.

The team concludes that:

«Providing young adults with high-quality FV [fruits and vegetables], not texting them reminders to eat more FV and giving them a voucher, resulted in improvements to their psychological well-being over a 2-week period.

This is the first study to show that providing high-quality FV to young adults can result in short-term improvements in vitality, flourishing, and motivation. Findings provide initial validation of a causal relationship between FV and well-being, suggesting that large-scale intervention studies are warranted.»