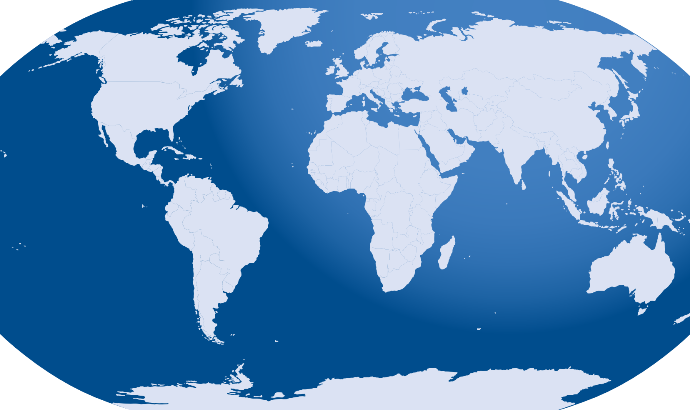 As global rates of obesity and related diseases continue to rise, consumers around the world are becoming more health conscious, and are expecting their food products to reflect their desire for healthier options. A recent Nielsen Global Health and Wellness Survey found that, of the 30 000 people across 60 countries surveyed, 49% consider themselves overweight and 50% are actively trying to lose weight. Consequently, consumers are seeking out healthier food choices and are increasingly considering the health and nutrition claims made by manufacturers. It is therefore concerning that only 63% of the global Nielsen respondents actually trust the health claims currently made on food and beverage packaging.

To address this lack of trust, many countries are tightening food label regulations by setting required information levels and restricting the types of health and nutrition claims manufacturers can make. The end goal being both to fix this trust issue and to assist consumers to make informed and healthier, food and beverage choices. This article looks at some examples of this trend towards increasing food and beverage labelling regulations in western countries.

The Food Standards Australia New Zealand (FSANZ) Code sets out the legislative standards (Standards), which regulate nutritional content and health claims on food labels and in advertisements. Since the overhaul of the Standards in 2013 and the end of the three-year transition period in 2016, Australia has had a clearly defined regime in relation to such claims:

General level health claims (referring to a nutrient or substance in the food, or the food itself, and its effect on health, such as ‘calcium for healthy bones and teeth’) can be based on one of over 200 approved food-health relationships contained in the Standards, or businesses can self-substantiate a relationship to FSANZ’s satisfaction. FSANZ is currently considering an additional 32 European authorised health claims to establish whether further food-health relationships based on these can be included in the Standards.
High level health claims (referring to the food’s relationship to a serious disease or biomarker of serious disease, such as ‘diets high in calcium may reduce the risk of osteoporosis in people 65 and older’) must be based on one of 13 FSANZ-approved food-health relationships. FSANZ is in the process of completing a systematic review of the currency of these claims for conformity with the most up-to-date scientific research.
In addition, manufacturers and distributers must be mindful of the Australian Consumer Law requirements against misleading and deceptive conduct given that the Australian Competition and Consumer Commission (ACCC) is increasingly sensitive to potentially misleading nutritional content and health claims, with a stated focus on these during recent times. In the past 6 months alone, the ACCC has for instance taken action over statements made for goods being ‘100% pure’, suitable for all diabetics, ‘School Canteen Approved’, ‘Meets School Canteen Guidelines’ and ‘99% fruit and veg’.

The takeaway message for all companies with food and beverage products in the Australian marketplace is that they should expect an increasing level of scrutiny across any health and wellness related advertising or labeling claims.

77% of American adults report reviewing the Nutrition Label when choosing a food product, yet the requirements and design had, until recently, not been significantly updated by the Food and Drug Administration (FDA) for over two decades. In 2016, debate and uncertainty over ‘natural’ food labelling claims was extensive. Cases have arisen (some commentators say as many as 200 in the last few years) against food manufacturers in relation to ‘natural’ claims being used on products containing arguably unnatural items such as genetically modified foods and artificial additives. The courts have gone so far as to ask the FDA to specifically address these concerns. The issue has been so vexed, that the FDA opened the issue of ‘natural’ food claims for comment for an extended period.

As part of her Let’s Move! campaign aimed at ending childhood obesity, former First Lady Michelle Obama championed a modernisation of the Nutrition Label so that, in her words, “you will no longer need a microscope, a calculator, or a degree in nutrition to figure out whether the food you’re buying is actually good for our kids.”

In mid-2016, the FDA announced the long-awaited amendments to the requirements for the Nutrition Facts label on food and beverages. Read more about the key changes here. Most manufacturers will have until July 2018 to comply with the new requirements, while manufacturers with less than $10 million in annual food sales will have an additional year to make the changes.

Since 2007, the EU has regulated the nutrition claims (such as ‘low fat’ or ‘high fibre’) and health claims (such as ‘Vitamin D is necessary for bone growth and development’) that manufacturers can make on food product labels and in advertising. Any such claims must be clear, accurate and based on scientific evidence, and food bearing health and nutrition claims that could mislead consumers is prohibited in the EU.

However, until recently, it was not mandatory to include the nutritional information that is typically required in a nutrition information table in many other countries. Under the new Regulation (EU) No 1169/2011, since 13 December 2016, the majority of pre-packaged food must now detail the product’s energy, fats, saturates, carbohydrates, sugars, protein and salt, by reference to a 100g/ml portion, in a clear tabulated format. Certain information (energy, fats, saturates, sugar and salt) may also be repeated on the front of the pack.

In late 2016, Health Canada finalised amendments to the requirements for its Nutrition Facts table on packaged foods, with key changes including:

placing greater emphasis on the serving size and calories, making them easier to find and read;
amending serving sizes to be more consistent across products, and to reflect more accurately the amount typically consumed in one sitting;
revising the % daily values based on current research, adding a new % daily value for total sugars, and adding a footnote at the bottom of the table to help consumers better understand the meaning of daily values (5% or less is a little, and 15% or more is a lot); and
updating the list of required vitamins and minerals to include the nutrients, such as potassium, that consumers are likely to be lacking in their diets and removing vitamins, such as A and C, for which deficiencies are now rare.
There is a five-year transition period for manufacturers to adopt the changes, so by 2021 all food labels must comply with the updated requirements.

The Canadian Food Inspection Agency is also seeking feedback on various proposals to modernise other aspects of its food labelling regulations, and on a new approach to for truthful and not misleading food labelling. The consultation is available online until 28 February 2017.

Where to from here?

The examples above highlight that it is not just Australia, but western countries around the world, that are increasing the regulations with which manufacturers and distributers must comply in order to market their food and beverage products. This arises from a variety of policy considerations to encourage transparency within the food and beverage industries, to assist consumers in making healthier choices, and also to build consumer trust in food and beverage labelling. These trends can only be expected to continue as more research becomes available about the impact of what we put into our bodies on our overall health and wellbeing.

Although this does create an additional burden on manufacturers and distributers, it also gives companies an opportunity to stay ahead of the curve if they want to tap into the consumer desire for healthier options, by ensuring clarity in their labelling and packaging to build consumer trust and therefore brand loyalty and awareness. Importantly, for companies in the food and beverage industries, this scrutiny is expected to continue and so it must be considered in any product developments in the future.