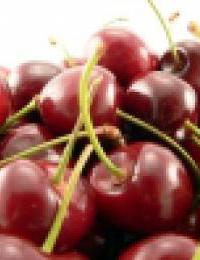 After decades of importing cherries, hardier varieties and better technology have turned UK growers’ fortunes around

Government figures released this weekend show that 2014 was a record year for cherry production, with up to 3,500 tonnes of the fruit produced – more than double the previous year’s yield, and worth around £20m.

The environment secretary, Elizabeth Truss, said the scale of the change in the fruit’s fortunes has been a genuinely significant boost to the UK economy. Such is the turnaround in fortunes for the fruit over the past 12 months that growers are predicting even better figures for 2015.

Truss said: “This year’s expected production figures are a staggering success, and testament to the hardworking, can-do attitude of our British growers, who use the latest innovations to ensure that we’re picking world-class cherries well beyond the traditional season.”

Traditional Kent orchards, including those growing cherries, were phased out from the 1960s because low yields made production uneconomic. Supermarkets increasingly imported cherries from Turkey, Spain and the US, and British varieties – including the Penny, Regina and Kordia – became scarce.

The decision by some farmers in recent years to move from towering cherry trees up to 12 metres high to dwarf shrubs, often grown in admittedly ugly plastic tunnels, made a huge difference to the industry’s fortunes.

The tunnels protect the cherries from the worst of the British summer and the dwarf trees make the fruits easier to pick, and easier to protect from birds which, in earlier years, had been reaping the greatest rewards from the British cherry industry.

Back in 2000, just 400 tonnes of cherries were produced in Britain, but farmers have since increased their crops more than fivefold. The cherry season, which once lasted just a few summer weeks, now extends from June until September.

Nicholas Marston, a spokesman for the soft-fruit industry, who caused waves last summer by predicting at a fruit festival that the cherry would be “the new strawberry”, said he expected an even bigger crop in years to come.

“Our cherry industry has been revitalised, with the current crop the largest for many decades. We have high hopes for the future, with our new and recently planted orchards expected to at least double our total crop in the next five years,” said Marston.

“New technology has driven a renaissance of the industry, and with a combination of Gisela dwarfing root stocks, new varieties being bred, high tunnels to protect the crops from British weather and drip irrigation, we now have the ability to deliver fresh cherries reliably from late June right until the end of September – that’s a three-month season, one of the longest in the world. This demonstrates how British growers are using modern technology to identify market opportunities to replace imported fruit and deliver a world-class product.”

A Defra spokesman said the government was investing in “exciting, cutting-edge technology in the UK, and investing £160m to make sure that innovation is taken from the laboratory to the farm and field to help British farmers and producers”.