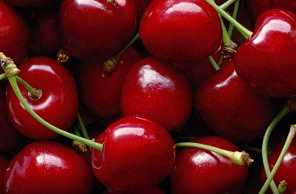 Yesterday, the first batch of Chilean cherries reached Canton and Shanghai for sales. Early this morning, the sales started. This marks the official start of the 2016 Chilean cherry season by sea transport. Compared to previous years, the number of Chilean cherries transported by air has increased significantly. Also imports by chartered plane has become a more important import channel. This year’s opening of the sea transport season is similar to that of previous years, but the Chinese New Year is on January 28 this year, which is 10 days earlier than last year.

Because the cost of transport by air is high, the main part of the Chilean cherry consumption during the Chinese New Year period arrives in China by sea. With the timing of the holidays, exporting companies need to boost procedures, such as the shipping speed and the volumes of fruit transported. This is to satisfy the demands of the Chinese mainland market. Currently, the Chilean export company has engaged ASPA 1 shipping line express service of the Hamburg Shipping Group to pick up speed. This way, the transport time between Chile and China can be shortened by 5 days.

In comparison to the cherries that have been transported by air for a few weeks now, the first batch of sea-transported cherries going on sale today is considerably cheaper. The Royal Dawn brand has a price of around 370 RMB and the Santina brand is a bit higher at around 430 RMB. The higher quality cherries of the Santina brand go for 480 RMB.