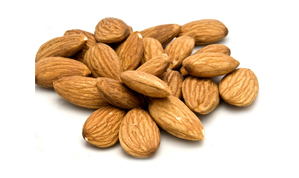 “With strong shipments of almonds for the 2016 crop season, California growers feel relaxed that they will be able to easily market the upcoming 2017 crop,” says Carol Yoon, with Bakersfield, Ca.-based ANA International Corp., a firm that primarily exports to Asia.

Yoon notes that the National Agricultural Statistics Service (NASS) has forecast the 2017 almond crop at 2.25 billion lbs.—a healthy jump of 50 million lbs. up from the subjective estimate released in May. And according to the NASS Objective estimate, the 2017 crop is expected to be about five per cent larger than 2016 crop of 2.14 billion lbs. This is despite a late start to the season, though Yoon notes that the season is catching up quickly.

In turn, almond prices have taken a jump. “Since last month, prices have increased by about 10 to 15 cents per lb.,” says Yoon. “Heavy buying emerged after the moderate Objective forecast of 2.25 billion lbs, and then the June report showed stronger than expected shipments.”

The 2016 season was a strong season for demand as prices remained affordable to all markets. “With channels relatively empty, we anticipate momentum will continue into the 2017 season,” says Yoon. “We anticipate the industry is on track for a typical sold position of about 30 per cent for the end of August. The general grower consensus is that it will be a decent crop consistent with the Objective Forecast.”

Looking ahead, Yoon thinks almonds will continue to build on its existing strength. “Momentum in demand and shipments is likely not going to slow at these prices,” she says. “If indeed the crop is only 2.25 billion lbs., there is only room to grow shipments by five per cent and we are currently at 16.4 per cent growth versus a year ago.”  Even mature markets are showing growth—notably the USA is up 14 per cent while Western Europe is up nine per cent. “Developing market are primed to grow by double digits as almonds remain the value tree nut in the mix,” Yoon says.

“If we can grow shipments for 2017/18 by only five per cent, then projected carryover into 2018/19 would be a very manageable 400 million pounds. It is expected that new products, forms and increased snack consumption as almonds displace other nuts will drive continued consumption growth.”