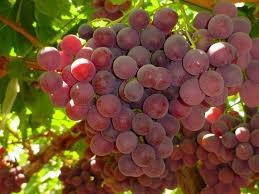 South African grape growers have been taking advantage of the good European market and have been picking for a couple of weeks now. The grapes are looking very good with nice shelf life and brix levels.

FreshPlaza is visiting the Northern Cape, Namibia and the West Cape this week and we will give you updates as the week progresses.

Temperatures are reaching above 40 degrees in the Northern Cape which is normal for this time of year. As yet there there has been no rain or hail, which is also normal. The first rain doesn’t usually come until January or February. One grower aims to have more than 70% of the crop in before then.

The growers are increasingly investing in hail nets and plastic to cover the grapes still on the vine when the rain comes. One grower told us that they hope to have most of the crop covered in the years to come.

Water, although not plentiful, is sufficient, due to the Orange river which is the life source of the region. This week, allocations were slightly reduced but this should be lifted when the rain, which fell further upstream, reaches the area.

There are also a few new varieties in production, some of them already in commercial volumes, the emphasis seems to be on early varieties to fill the gap at this time of the year. This is also reflected in this week’s intake figures from SATGI.

Next week we will publish full interviews and, of course, lots of photos from Northern Cape grower.