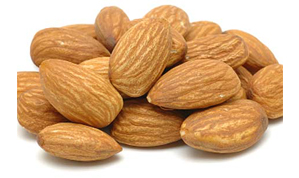 This year’s almond harvest across Australia is now estimated to be just under 87,00 tonnes, which is nearly 5,000 tonnes up on last year; with South Australia accounting for 19 per cent of the total national plantings.

Riverland producers are welcoming the growing market with a new $6 million cracking and hulling plant, operated by Costa Bros in Swan Reach. One of the company’s three directors, Phillip Costa, said new plant opened to meet the pressures of the growing industry.

Predictions show the new facility is expected to increase the region’s hulling and shelling capacity from 8,000 to 22,000 tonnes a year.

The general manager of Walker Flat Almonds Peter Cavallaro said he was very supportive of the new plant. He said his company would put about 300 tonnes of almonds through the Swan Reach plant over the season.

“The impact on our business is going to be positive as we don’t have to travel as far.”

“With these new varieties, the opportunity is there that we can actually export a variety, not necessarily just the nut.