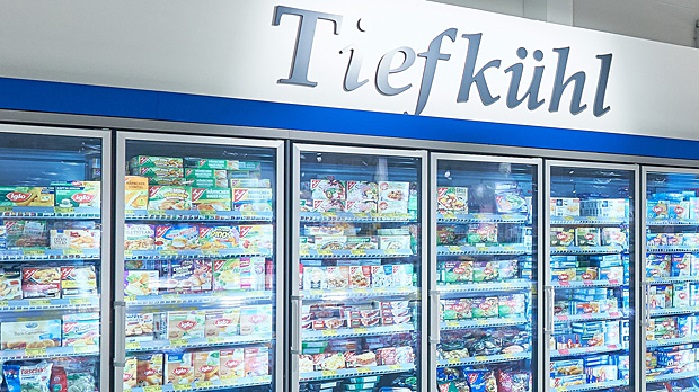 In 2017, the successful development of the total frozen products market continued in Germany, outperforming the previous year’s result: At 2.7 percent, this market again grew significantly. Frozen foods are becoming more popular year by year. The fact that frozen foods are popular and in great demand in Germany is shown by the latest market data survey by dti -das Deutsches Tiefkühlinstitut- the Association of the Frozen Food Industry in Germany: Total sales of frozen products in Germany in 2017 increased to 3,730 million tons (3,632 million tons in 2016). Sales of frozen foods increased by 3.9 percent to 14,34 billion euros (13,81 billion in 2016).

At 46.3 kilograms, the average per capita consumption of frozen products also set a new record. Compared to the previous year (45.4 kg), it increased by almost one kilogram. Consumption per household in Germany averaged 92.8 kilograms of frozen food last year. These figures are even more impressive when we take into account that population in Germany increased significantly in 2017. So the frozen food industry is once again looking back on a very successful financial year. Particularly pleasing is the fact that almost all frozen food product groups shared in these positive results.

Frozen foods are still on the road to success as the category provides compelling solutions to key, ongoing trends and societal changes that affect overall food consumption. Frozen food products are problem solvers for the daily diet, whether in the single household, for families or for professional users in the catering trade. They score well for their positive characteristics such as freshness, taste, easy preparation, quality and long shelf life. The changes to traditional meal patterns encourage the demand for convenience foods, snacks and overall shifts in the consumption of meals in the out-of-home market throughout the day with breakfast, lunch and dinner.

In food retailing (LEH)/home delivery (HD), frozen foods posted a volume growth of 2 percent in 2017. For this market, dti expects a sales volume of 1,840 million tonnes in 2017 (2016: 1,805 million tonnes). LEH / HD sales grew by 3 percent to 7.8 billion euros (2016: 7.6 billion euros). With product innovations, manufacturers have successfully addressed existing and new customers. With smaller packaging units in many product groups, the industry has reacted to the changed budget structures. Frozen food “classics” were reinterpreted and the frozen foods range became wider and more individual. They also appeal to younger customers.