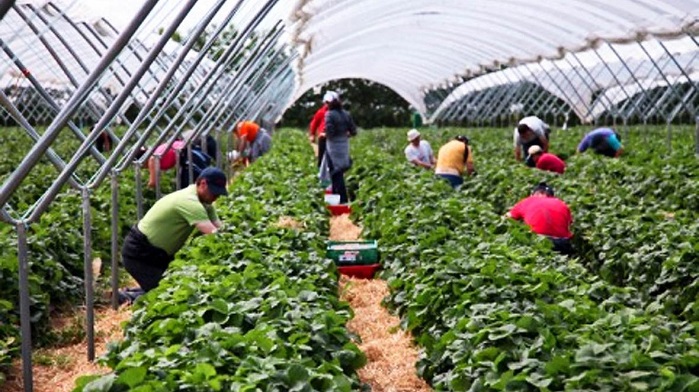 British and German farmers are organising charter flights to bring in thousands of seasonal workers from Romania and other countries in the region (Poland, Bulgaria), despite the lockdown in most European Union countries.

Romanian Prime Minister Ludovic Orban says that about 80,000-90,000 Romanians will probably go to work abroad in the next period. There is no legal ground to prevent them and, furthermore, the local economy couldn’t absorb the excess workforce.

There were initially problems related to organising transport for the workers and public criticism about spreading the coronavirus (COVID-19) by the movement of local workers out the country and back in.

Romania’s government issued an order exempting all charter flights carrying seasonal workers from the restrictions imposed on commercial flights to and from COVID-19 hotspots on April 4.

Furthermore, the Romanian Ministry of Transport announced on April 10 that it will develop a procedure for organising seasonal workers groups that have to move to other countries. Until the procedure is published in the Official Gazette, the scheduled charter flights will be operated so that people can go to the jobs.

The first charter flight from Bucharest will land at London Stansted Airport on April 16, with approximately 180 seasonal workers on board. By that time, German farmers will have already welcomed the first Romanian workers to pick their crops.

This is the first of six flights scheduled for the coming months, writes he Times. According to the publication, many unemployed Brits have applied for jobs in agriculture, but not enough to fill all vacancies. German farmers admitted that they received scarce applications and said the local workers could not have achieved the same productivity under the rough working conditions.

German farmers, like their British counterparts, have insisted and obtained from the federal government permission to bring in, under certain sanitary restrictions, 40,000 foreign workers in April and another 40,000 in May — mainly from Romania, Poland and Bulgaria — warning that otherwise they would not be able to harvest the vegetable crop.

However, Slovenia’s agriculture ministry has banned the expected arrival of about 200 Romanian seasonal workers to help at the country’s hop farms due to coronavirus concerns. The ministry is now looking for alternative solution involving domestic labour, but local news agency STA reports that hop farmers are «sceptical» and worry the crop will be lost.