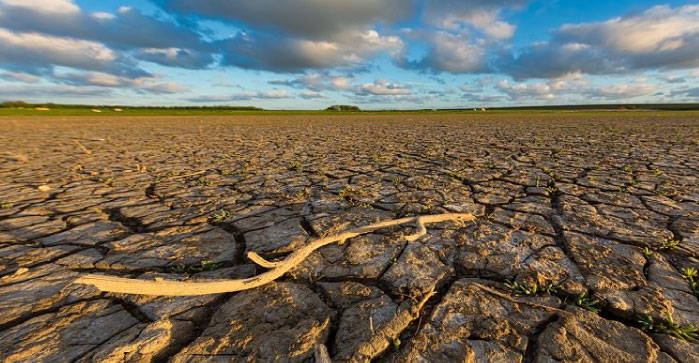 Years from now, when we savor wines from the 2020 vintage, what will we remember of the history captured in those bottles? A pandemic, to be sure. Social distancing, face coverings as political fashion statements in a weirdly contentious election season. The wines may carry memories of lost friends and loved ones, perhaps with a taste of PTSD on the finish.

Those wines will have been shaped by weather as tumultuous as our year has been. A mild winter led to devastating spring frosts. A hyperactive hurricane season brought heavy rains just before harvest in the eastern United States, while record-setting summer heat fueled extreme wildfires at harvest in the West. We’ve seen extreme weather phenomena before, but not so relentlessly all in one year — and with such intensity. It’s as though 2020 was the year climate change decided we weren’t listening, and it needed to throw a massive hissy fit to get our attention.

All crops are feeling the impact of this year’s weather, of course, but wine has long been a bellwether for the effects of climate change because of the sometimes subtle differences from vintage to vintage. There’s nothing subtle about this year, however.

Climate change is reshaping wine as we know it

“It feels like 2020 came for the wine grapes, too,” says Elizabeth Wolkovich, an environmental scientist at the University of British Columbia specializing in how climate change affects wine. “It started with the announcement last winter of the complete failure of the ice wine harvest in Germany from the 2019 season, due to mild temperatures, to today with the fires still burning in California.”

Germany is one region where wines have seemed to benefit from a warming climate, with its riesling vintages being more consistently ripe. The downside, however, may be fewer ice wines, which must be harvested when the grapes are frozen on the vine.

Here in the Mid-Atlantic region, Virginia vintners spent several cold mornings in late April and early May trying to protect their vines from frost at the time they are most vulnerable, when tender buds are just emerging to set the year’s potential crop. Two frosts in particular, on April 19 and May 10, hit vineyards near Charlottesville especially hard. Effects were localized, of course, but several growers ended up with few or no grapes to harvest this year, and most wineries reported lower-than-average yields. The remnants of Hurricane Laura also dumped heavy rains in central Virginia in late August, potentially damaging grapes that were nearing peak ripeness for harvest.

“It’s been a strange year for growing grapes,” says Emily Pelton, winemaker at Veritas Vineyards west of Charlottesville. “We’ve had everything from frost to drought to cold to heat,” she says, with rapid weather changes challenging vine and vintner. “We’ve had a lot of things thrown at us this year. It’s a unique vintage for us.”

In Bordeaux, a mild winter gave way to a rainy spring, with some violent storms — and even snow, frost and hail. Summer was unusually hot and dry, and the growing season was about 15 days ahead of its average, according to the Bordeaux Wine Council. A mild August and September, with warm days and cool nights, helped improve the quality of the lower-than-average harvest.

“Climate change is no longer a theory at all. It is very concrete and visible in the vineyard,” says Cécile Ha, a spokesperson for the council.

Wildfires force some growers to test their grapes for contamination, while others sit 2020 out

The devastating Glass Fire that hit the northern end of Napa Valley in mid-September will be the lasting image of the 2020 vintage in California. But the entire growing season along the West Coast was one of extremes: A mild winter led to early budbreak, followed by record-setting heat waves that sent temperatures soaring above 100 degrees for several days in August. In some areas, grapes were sunburned before they could be affected by smoke taint. The heat fueled lightning storms that ignited wildfires in California, Oregon and Washington in August.

All this happened, of course, as the coronavirus pandemic forced wineries to transform their farming and production processes, as well as their marketing models.

“People are basically saying, let’s get 2020 out of here,” says Gregory V. Jones, director of the Evenstad Center for Wine Education at Linfield University in McMinnville, Ore. But he’s not optimistic for the future.

“The whiplash is becoming extreme,” Jones says. “We have two to three years of drought followed by a year of extreme wet weather, with landslides and mudslides. Modeling shows these whiplashes are going to be prominent in mid-latitude wine regions like Australia, Chile and the western United States. There’s some evidence the western U.S. is in the beginning stages of an extended mega-drought that could bring 20 years or so of extremely dry weather.”

Wolkovich and colleagues have published studies indicating cooler regions such as New Zealand and the Pacific Northwest may benefit from climate change, as their climates become more suitable for ripening different grape varieties. More traditional regions, such as Bordeaux and California, are already experimenting with different varieties to see what might work in a changing climate.

“I am sure we will have less devastating years in the future, but in general this is the trend of things to come,” Wolkovich says. “This is most likely the new normal we need to adapt to, for winegrowers and wine drinkers alike.”