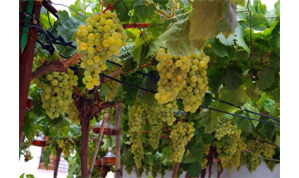 Peru’s Vice Minister of Foreign Trade, Edgar Vasquez, said that approximately 75% of the national shipments to Costa Rica didn’t have to pay any taxes since January 2017.

He invited Peruvian companies to take full advantage of the opportunities offered by the Free Trade Agreement between Peru and Costa Rica.

He said that this FTA was part of Peru’s business strategy of improving the access conditions to international markets. In addition, it establishes clear rules that promote the exchange of goods, services and investment between the two countries.

Historically, the trade balance has been positive; in 2016 Peru had a surplus of US $34.7 million, he said. “The benefits of this trade agreement are clear: we have better access conditions to the markets, it promotes the growth of SMEs, grants access to more products at lower prices, increases the flow of investments, and it establishes clear trading rules,” he said.

It’s worth noting that Deputy Minister Vasquez is currently in Costa Rica, where he participated in the first meeting of the Free Trade Commission of the FTA signed between both countries. He said that the commercial exchange between Peru and Costa Rica amounted to $85.1 million dollars in 2016.

The event brought together more than 50 people, including the Vice Minister of Foreign Trade of Costa Rica, John Fonseca and the Head of Procomer.

“This visit has allowed me to invite Costa Rican entrepreneurs to know and be interested in Peru. The FTA also provides business and investment opportunities, which will lead to new jobs and will boost the economy of Peru,” Vasquez said.

Peruvian exports of artichokes, garlic, mangoes, mandarins, lemons, grapes, paprika, among others, enjoy immediate access to the Costa Rican market since the entry into force of the FTA in 2013.